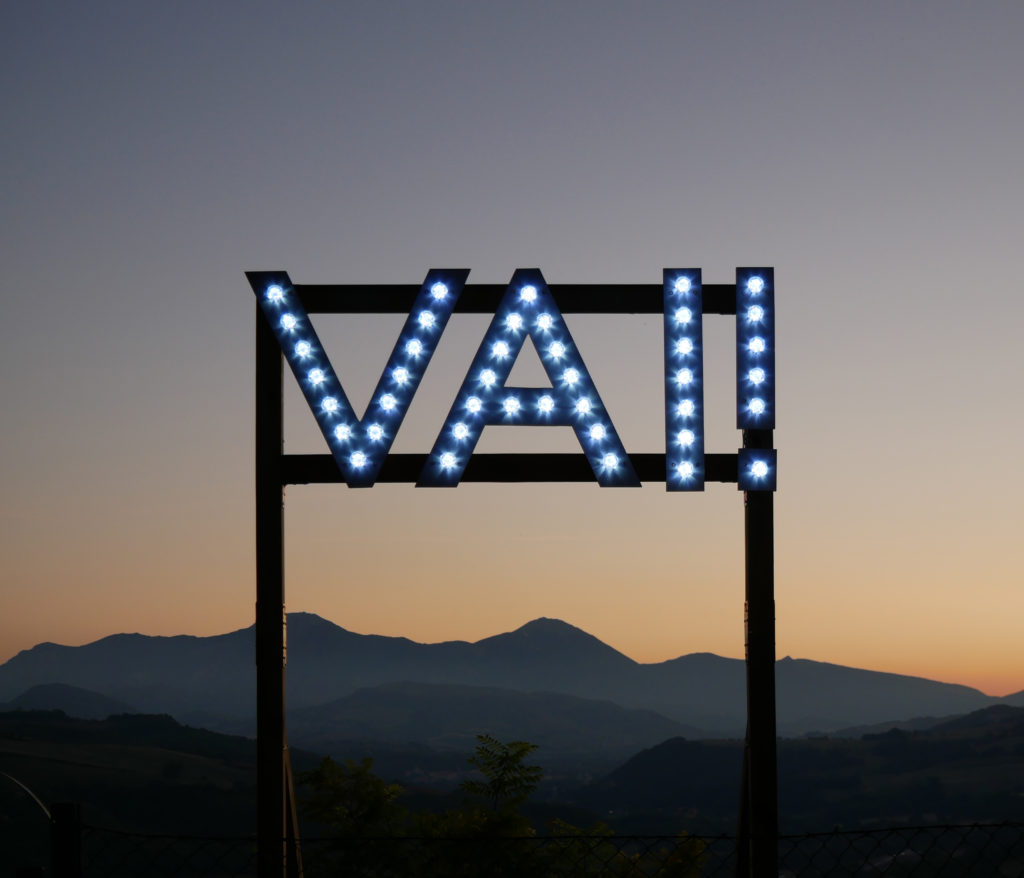 The title of the work is “Invitation to the Movement”. In Italian “Vai!” Can have various meanings. The most common is let’s go! (as at the beginning of a race), but is used, as well as an exclamation of encouragement, also as a shout of exultation (satisfaction for a success). It can also be said as an enthusiastic and affirmative answer to a question or request.

This work was produced for the Traffic Festival of Gentle Souls (San Lorenzo in Campo, IT), which in the 2019 edition focused on the idea of creolization of Édouard Glissant.

The landscape is to be considered an integral part of the work.