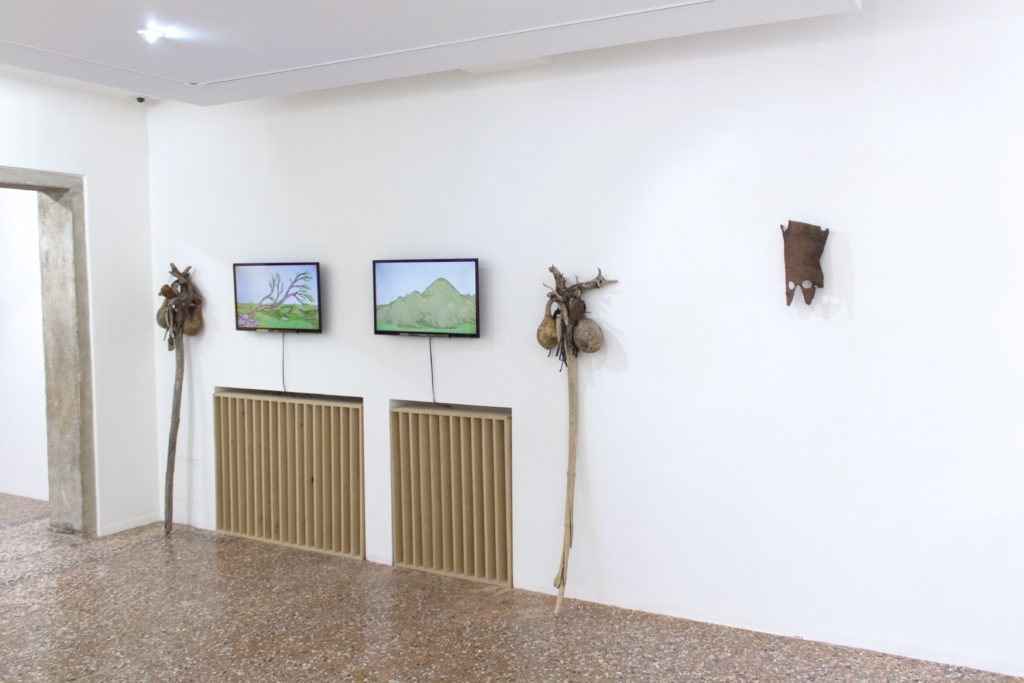 Each spring equinox, a shaman goes alone to the top of a mountain, where a large stone rises up in an impossible and perfect balance. Accompanied by singing and percussions, the shaman enters a state of trance, which allows him to cross the threshold of the visible and leave in search of the Spirit of creation. The man takes on his shoulders the great responsibility of the awakening of life – if he failed, he would condemn the world to an endless winter.

The video is loosely based on existing shamanic rituals, but in this case the intent of the ceremony is to help the planet and all the creatures that inhabit it: the awakening of nature from winter. The work reflects on the idea that a ritual act can magically influence the world (would nature have awakened even without the ritual?). At first sight, for us Westerners it seems an absurd and irrational conception, but in reality our culture, of Christian root, is pervaded by the idea that special acts, or a special way of behaving, can influence God, for example through certain rites , or with prayers, or with a moral pleasing to the divinity. According to Carl Gustav Jung these acts are to be considered “a magical coercion towards the divine”, offering man the possibility, at the limit, of coming to control the divinity itself. According to Jung, the rituals allow to reassure the human individual, since they raise him “to the dignity of a metaphysical factor”.